A solemn ceremony was held on 22 March, Thursday, from 10:30 hours in Devnya, district of Povelyanovo for the opening of the renovated kindergarten Zdravets. The repairs of the children’s establishment is a part of the values of Agropolychim to take care of the inhabitants of the town and of what is of significance for them. The Mayor of the Municipality, Svilen Shitov, the Executive Director of Agropolychim AD (JSC), Philip Rombaut, the Director of Kindergarten Zdravets, Lilyana Stefanova, pedagogues and others will attend the event. 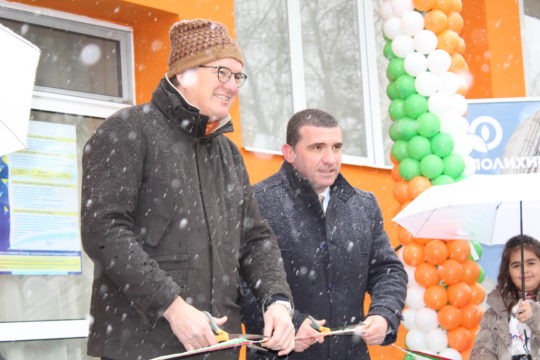 Within the framework of 12 months the management of Agropolychim AD invested over 100 000 BGN in activities for the sanitization of the kindergarten: assembly of new joinery, heating insulation of external walls, painting, electric power repair activities.